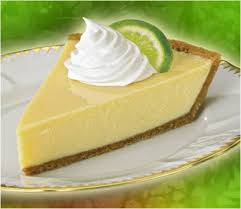 The sweet lady behind the dessert counter must have noticed that crazed look in my eyes when she offered to make me my very own key lime pie.  They were on sale that day for $4.99 and the shelf was empty.

The hurricane had been downgraded to a tropical storm, but it still made for a very hectic Saturday at ground zero.  Fearful of the roads flooding out, I hitched a ride into work that day, leaving my car in a nearby grocery store parking lot. To make matters worse, it was Labor Day weekend and we were filled to capacity in our vacation rental homes.  The scene reminded me of “Nights in Rodanthe”, one of my favorite movies that was filmed not too far away.

At the office, there was the usual storm related chaos. The power was out so no lights, AC, computers, phones or coffee!  My millennial coworkers were buzzing around like bees on a hive, dressed for the occasion in their cute little rubber rain boots. It wasn’t long before the power was restored and the phones began to ring off the hook.  Frantic guests that were scheduled to arrive that day needed weather updates and travel tips stat because a state of emergency had been declared.  I couldn’t wait for this day to end.

When you work in the hospitality business, by the end of the summer you’re battle weary and your patience is starting to wear thin.  To say we cherish our days off is a gross understatement.  I was so looking forward to Sunday, having already made plans, when at 4:30 the General Manager dropped the bomb.  We were expected to be there bright and early the next day to assist with any storm related issues that might come up.  A solemn mood fell across the room. Unfortunately this is the nature of the business and guests depend on us, especially during times like this.  It didn’t change the way I felt however.  I was mad as hell about having to come into work on my much needed day off.

When it comes to emotional eating, sugar has always been my “drug” of choice. I considered naming this blog post Emotional Eating or Yes, I’m a Sugar Addict.  Instead I chose a sweet little title that is simple and delicious…Key Lime Pie.  How convenient that I had left my car in a grocery store parking lot.  Time to have myself a big ol’ pity party!

Before long I was holding my very own pie in my hands.  Yes, heaven in a graham cracker crust with a twist of lime nestled atop a pedestal of whipped cream. It was tropical like the storm we had been through that day, cool and refreshing like the cocktail that bears the same name.  In a moment of weakness, I had succumbed to that siren sugar.

Feelings of guilt started creeping in before I even got it home.  It felt like I was hauling contraband or something…such a dirty little secret…but that didn’t stop me.

Confession is good for the soul and after eating most of the pie, I raised the white flag of surrender and threw the remainder in the trash.  It was too sweet and I was feeling nauseous.  The battle had been lost and nothing had been solved.

The next morning, feeling hungover, remorseful and still a little resentful, I drove to the office.  Things had finally settled down and after a couple of hours, the boss let us go home.

By now two different types of storms had passed… the one raging on the inside of me and the tropical storm.

As stated earlier, confession is good for the soul.  Do you have any shameless food confessions that you’d like to share? If so, please feel free to do so; it’s a no judgement zone.

As a bonus, enjoy this “sugar free” trip to the islands with a song about key lime pie. There’s even a recipe at the end of the video for a key lime martini.