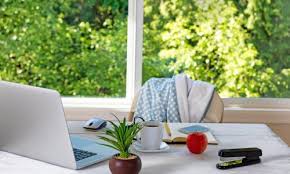 As I drank my morning coffee yesterday, I reflected on the bittersweet of 2018.  It’s hard to believe that an entire month in a brand new year has almost passed.  My how time flies.

The first thing I thought about was the long-term friendship that I lost over hurt feelings, anger and a misunderstanding.  Someone once told me that if a relationship weren’t so fragile, it wouldn’t have broken so easily.  I believe there’s some truth to that now.

I lost my brother, my neighbor and guardian angel of sorts.  I have one more blog post inside of me about that and I’ll post it around the one-year anniversary of his unexpected death, February 5th.

Semi-retired, that’s me.  I finally escaped the nine to five daily grind and I’m discovering time freedom and a stress free life that I never knew existed.

I’ve been writing for almost four years now and I finally took that writing class that I wanted to take only to discover that clichés (which I frequently use) are for “lazy” writers who won’t take the time to figure out better ways to express themselves.  I also learned that excessive use of exclamation marks and dot, dot, dots are no-nos too.  While I appreciate this newfound knowledge, I probably won’t change my style of writing very much…because after all, it’s my style.

Someone dear to me was sexually assaulted years ago.  I’ve finally accepted the fact that I can’t change that or fix her.  Only she can do the hard work with God’s help.  I can’t.  He can. I think I’ll let Him.

As stated in the beginning of this post, I lost a close friendship last year but as luck and Facebook would have it, I’ve reunited with another one who means a lot to me too.

On the love relationship front, I’ve been able to find peace and put a couple of past painful relationships in right perspective…again thanks to the ability to “stalk” people on social media.  It’s like when I look at them now, yeah, I made the right decision or what in the heck was I thinking?

Because of my mom’s 80thbirthday getaway, I was finally able to experience a place where I had always wanted to go, The Hope & Glory Inn in Irvington, VA.

The bond between a mother and son is very special, especially if you’ve raised him as a single mom.  I’ve finally accepted the fact that even though he loves me very much, he has a new life now…one that includes a spouse, an extremely demanding career and lots of grown-up responsibilities.  I respect that and don’t want to be the mom that guilts him into making time for me. Besides, I didn’t lose a son; I gained a great son-in-law and this is my new “normal”.

Regarding Facebook, I can officially say “stick a fork in me, I’m pretty much done”.  Over the last few months with everything that has been going on in the White House and with all of the political posts,  comments and over sharing in general, it has been suffocating to say the least.  At times it’s felt like an election year on a continuous loop.   Contrary to what a lot of folks believe, Facebook is not life and we’d be better served to get one.

And finally, I’ve made progress in conquering some of my anxieties and fears, especially the one about driving in distracted, speeding traffic.  After all, if an old guy can hang on the hood of a car going 70 miles per hour, I can certainly sit in the driver’s seat of mine, buckled up and stay in the right hand lane.   Now everyday before I pull out of the driveway, I just take a deep breath and say “Jesus, take the wheel”. 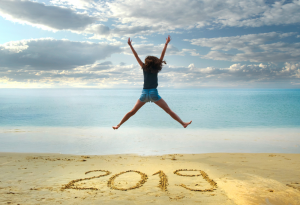