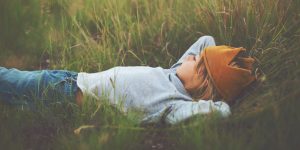 Do you remember what you wanted to be when you grew up?  Did your dream come true or did life take you down different roads?

Many little girls love to play house and dream of becoming a wife and mommy when they grow up.  I was not one of them.  Maybe I felt that way because of the dysfunctional household that I grew up in.  I must have peaked my head out one day, looked around and decided that nothing about that kind of life appealed to me. Instead I dreamed of having a glamorous job like an airline stewardess where I could travel all over the world.  I also wanted to be a bank teller…probably because we were so poor and I thought it would be cool to count and be surrounded by so much money.  Unfortunately those dreams fell by the wayside as I took the path of least resistance and settled into an office job instead.  Today I can honestly say that I’m glad I never worked in a bank (especially a major one) but I still wish I could have been a stewardess as my fascination with airports, flying and all things travel has never waned.

Child’s play…creativity…imagination…dreams…that’s the stuff that childhood is supposed to be made of.  God created each of us unique with different gifts and talents and He expects us to use them once we discover what they are.

I was that little kid who sold magazines and greeting cards door to door and fresh lemonade from a homemade stand in our front yard.  One of the coolest things I ever did was make a pretend drive-thru restaurant using the one remaining wall of an old shed that used to be in our backyard.  The other three walls had fallen down but there was a window in the remaining one with the glass broken out that worked great for the drive-thru window.  My “customers” (friends and siblings) would “drive” down the adjacent alley on their bikes or in make believe cars and pick up their order…so much fun!!

When I wasn’t busy selling something, I loved to sit in front of my bedroom mirror with a hairbrush for a microphone and sing my heart out…sometimes from the Baptist hymnal that had somehow made it’s way to our house from the Calvary Baptist Church.  Then there were the plays and the kid garage bands…Did you know that a badminton racket covered with cardboard makes a cool guitar and a sheet of plywood on paint cans makes a great stage?  We would rehearse for hours and then “sell” tickets to our parents who would come and watch when we were done.

Playing with Barbie dolls was another childhood favorite…after all who was more glamorous back then than Barbie with her fancy wardrobe, her best friend Midge, her boyfriend Ken and her fancy little convertible? From my point of view, Barbie had it all including the wings that I wanted to fly. 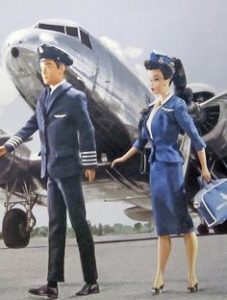 You would think that with all of this imagination and creativity, a kid would grow up and accomplish some pretty great things in life and by “my” definition I have.  I try to avoid having a “victim” mentality by blaming my childhood for some of my adult struggles, but the truth is the effects of growing up in an alcoholic home are far-reaching and sometimes irreversible.  There are times when I feel like I could have reached higher goals or accomplished more were it not for the negative messages that still swirl around in my head today.  As children in my home, we learned to survive not necessarily thrive.  I’ve always struggled with shame as a result of growing up the way we did…that feeling of being less than or not good enough. We were taught things like “it takes money to make money” and we never had much or “don’t get your hopes up and you won’t be disappointed”.  We were always encouraged to maintain the “status quo”, to not “rock the boat” and to be satisfied with what we had.  It’s a wretched way to live!  I’ve always wanted my children to believe that anything is possible, especially with God’s help…that the sky’s the limit!  We need to encourage one another’s hopes and dreams…especially when it comes to children.  I’ve always been determined to break that generational curse…that “settle for” mentality and little by little progress is being made.

So Ken…if you’re out there somewhere…Barbie is still willing to fly! 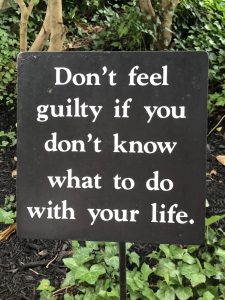 As always, feel free to share what you wanted to be when you grew up and tell us how things turned out.