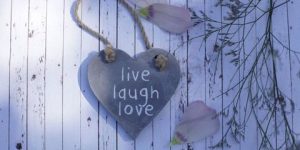 If we had told my mom we were checking into a Motel 6 followed by a nice buffet dinner at the Golden Coral and a game of miniature golf for entertainment, she would have been as happy as a clam.  What matters to her the most is spending time with us and my sister and I were taking her away for a girl’s weekend to celebrate her 80thbirthday.

On Mom’s 70th   birthday, she parasailed.  On her 75th, we celebrated with a party-family reunion at a neighborhood park. Another five years have passed (with the last couple being pretty difficult) so we knew we wanted to go big on this one or go home.  Our destination for the weekend was a charming little “boutique” hotel (formerly a boarding school) in Irvington, Virginia known as The Hope and Glory Inn. The name itself drew us in.

It was our first experience staying at a bed and breakfast and it took a little while for us to figure out how B&B hospitality is supposed to work. Basically you’re a guest in someone’s home and the “innkeepers” who are generally the owners spoil you rotten while you’re there.  At most bed and breakfasts, the guest rents a master suite in the main house; at The Hope and Glory Inn we opted for one of the lovely garden cottages in the rear of the main hotel…Cottage #3. 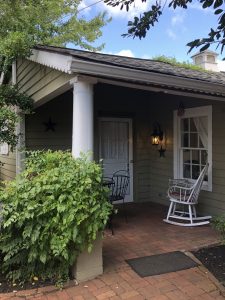 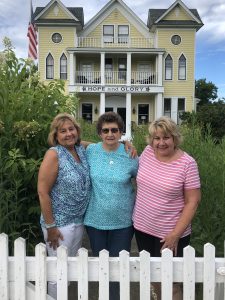 My sister and I are big coffee drinkers…not the “morning only” type…and I had reached out to the inn prior to our arrival to see what type of coffee maker there was in the cottage.  I assumed there was a kitchenette. To my surprise (and dismay) I learned that there wasn’t one…but was reassured that coffee and tea would be served on the patio in front of our cottage every morning by 7:30 a.m.

Ask anyone who knows us and you’ll learn that my sister and I like to ease into our mornings…bed hair, jammies on, no brushing of teeth and minimal conversation until we’ve had at least a cup or two.  Besides…our coffee preferences differ…I prefer a rich, dark roast and my mom and sister are content to drink lightly colored hot water.  K-Cups work beautifully when it comes to solving this dilemma and there was only one thing left for us to do…smuggle in coffee contraband.  Little did we know that the manager of the inn would insist on carrying our bags at check-in.  Unfortunately this included the tote that contained the Keurig and all of the fixings…we were so busted!  Not to mention the two-gallon jugs of water that we left in the car because we were too nervous to bring them inside.

At this point we should have been placed in “Detention” which is the name of the private bar in the main house where #2 pencils and composition books entitled “Why are you in detention” are provided…but the manager was delightful and simply looked the other way without saying a word.

The Hope and Glory Inn has a romantic garden bath at the end of a brick pathway nestled behind a privacy fence surrounded by trees and fragrant lush greenery.  Upon entering the bath you’ll discover a claw-footed tub complete with rubber ducky, a vintage apparatus that is the shower with a head the size of a hubcap (as one guest described it), twinkling white lights for moonlight bathing and a pedestal sink.

For the sake of a photo op, we acted like the Beverly Hillbillies and convinced mom to climb into the dry tub with her clothes on and hold the rubber ducky so that we could take a picture.  We hammed it up and giggled a bit before helping her out of the tub. Little did we know that the tub was apparently prepped for cleaning because mom had a white residue all over her butt that my sister and I attempted to brush off as quickly and as best we could before leaving the bathing area.  As luck would have it, along came the owner who was curious to know what the white residue was on the brick floor of the garden bath…again we were so busted! 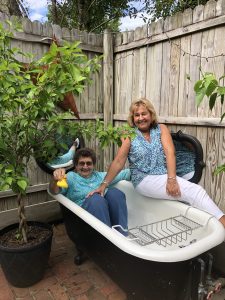 At this point we should have been placed in “Detention” where #2 pencils and composition books entitled “Why are you in detention” are provided…but the owner seemed amused by it all and continued on her way.

As stated earlier, “things” don’t make memories…experiences do and below are three of my favorite takeaways from our girl’s weekend…

But the most important takeaway of all was…that weekend we lived, we laughed and we loved. 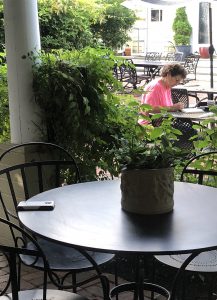 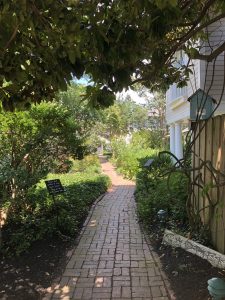 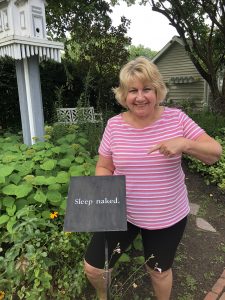