A few years ago there was a popular Christian acronym WWJD? that stood for “What Would Jesus Do?”.  I never wore the bracelets or wristbands and I didn’t buy a bumper sticker for the car but the acronym made an impression on me.  Sometimes today when I find myself in a difficult situation, one of the first things I think about is “What Would Jesus Do?”.  I use this as sort of a personal benchmark to keep me on the straight and narrow.

My son’s name is Jason and I oftentimes think that I want to be like him when I grow up.  He has accomplished more in his soon to be 33 years of life than most of us will achieve in a lifetime.  I sometimes refer to him as my little Forrest Gump…not only because of the little brace that he wore on his feet when he was a toddler but because I wonder where he came from. His dad and I are just “ordinary” people and sometimes he seems extraordinary. Jason was raised in the middle of a cornfield but he knew early on what he wanted to be when he grew up. One of the most challenging things that I ever had to do as his parent was to remain silent as he headed off to elementary school with his school supplies in his fishing tackle box that he had covered in paper to resemble a briefcase.  He’s always been proficient at managing his affairs and resources, he achieves the personal and professional goals that he sets for himself, he’s talented in so many ways and above all else…he’s a super nice guy. Sometimes in addition to Jesus, I ask myself “What Would Jason Do?”. 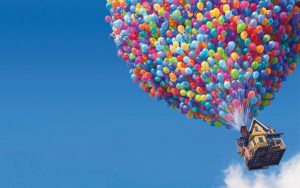 As I continue to mourn the sudden loss of my brother, there is another “J” that I will think of now when I use this acronym… “What Would Junie Do?”.  Well Junie wouldn’t have a pity party or whine and complain when things don’t go his way.  Junie would take the time to enjoy people; developing deep and lasting friendships along the way. Junie would seize the moment; live life to the fullest and not care so much about what other people think or have to say about it. Junie would continue to learn new things…especially about those subjects that interests him. Junie would continue to enjoy the “simple” things in life like riding his bike at the beach, playing a competitive game of cornhole or Nintendo Wii and hanging out at the local watering holes.  He once mentioned a spot on the eastern side of the Chesapeake Bay Bridge Tunnel where he liked to nap in his big rig…lulled to sleep by the sound of the bay breeze and water outside his window.  At an age when most of us are ready to slow things down a bit, he would still be coming home after working hard and being on the road for several days, shine up his jacked-up Ford pickup truck and head to his favorite outdoor concert with friends.  I will always be impressed with the amount of stamina that he had right up until the end as I am the exact opposite and not that much older than him.  At the end of my work day I’m ready to head home, put on my comfy clothes, eat dinner and hit the sofa for some brain numbing TV. 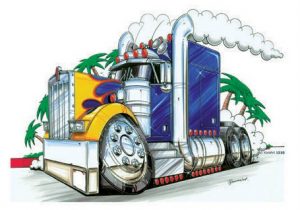 It’s great to have people in our lives that inspire us… people who inspire us to rise up a little bit higher… to do better and to be better.

So do you have any WW_Ds in your life?  If so, feel free to share how they inspire you.