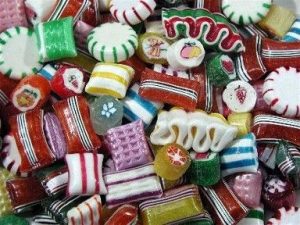 Childhood memories, whether good or bad, are the fabric that makes up our lives.

I love reminiscing about the good old days…especially now that I’m older and wiser because I’ve come to realize that they really were the good old days.  It’s almost Christmas and I’ve been thinking lately about some of the “hard candy” ones that we used to have when I was a little girl.

Our family was pretty poor back then mostly because my dad had a drinking problem and he wouldn’t keep a steady job.   My mom was a stay at home mom with three little children to raise so she was unable to contribute much to the household income except for an occasional babysitting job.  I still recall some of the dilapidated rental houses that we lived in and how it was not uncommon for our electricity or water to be turned off for days. In spite of our struggles however, we always managed to have presents under the tree on Christmas morning.

Our Christmas tree was normally a cedar with its prickly little branches that we would cut from the side of a road somewhere in the country.  We used to decorate it with those large multi-colored lights, glass ornaments that would shatter into a million pieces if they hit the floor and tons of silver tinsel. 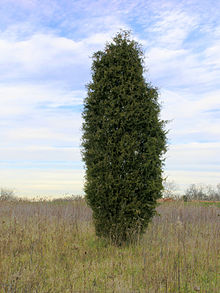 Back then it was easy to believe in the magic of Christmas.  It never occurred to us that what Santa delivered had anything to do with how much money we had. We believed that the gifts we received were based solely on the naughty or nice list.  We were more concerned about that than anything, especially when Christmas Eve rolled around.  I don’t recall ever making a list or writing a letter to Santa; we just trusted that he would bring us what we deserved since he had been watching us all year through.  He was the one making the list and checking it twice so we didn’t have to.

We used to listen to the radio as it tracked Santa’s progress after he left the North Pole so we always knew when he was headed our way.  It was fun to wonder which state he was flying over at various times throughout the evening.  I can still remember lying in bed on Christmas Eve night imagining that we heard sleigh bells as we drifted off to sleep. Somehow Santa always managed to get it right with the one or two gifts that he left behind for each of us.  In those days stockings filled with candy and nuts were a real treat!  Another thing I remember is…we were always grateful for whatever we received.

There was one particular Christmas that I’ll never forget where Santa really outdid himself!  On that particular morning we awoke to find a room full of toys.  I couldn’t believe that we had been so good that year!  Several years later I learned that it wasn’t Santa who left all those gifts for us after all…that very special Christmas was due to the generosity of my aunt’s church who had taken up a collection for us that year.  Yes, we were one of those families that good people like you help out during the holidays.

Reflecting back on them now, the “hard candy” Christmases were some of the best I’ve ever had.  We had no expectations yet we had great expectations.  The true spirit of Christmas was found in the magic of believing…we didn’t question as much back then…we didn’t doubt…we just trusted and believed!

Do you have some special Christmas memories that you’d like to share? If so, please feel free to do so.