What it’s really about is what’s eating you. 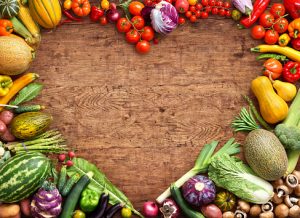 This blog post reads like pages from a romance novel…but it’s actually about food and relationships and the way some of us use food and other addictive substances to cope with the realities, stresses and heartaches in life.  This blog post is about the emotional side of overeating.

I never underestimate the power of young, innocent true love…that childhood sweetheart kind of love that has the power to change our lives for better or for worse. A broken heart hurts more than cancer and I know because I’ve had them both.

I was a senior in high school…seventeen years old…a virgin and my heart was broken.  He was nineteen, divorced and had a real job.  My dad thought he was too old for me.  He forbade me to see him but we would sneak around every chance we could.  He rode a motorcycle and drove a sports car.  He loved the band Chicago.  I still think of him today every time I hear a Chicago song.  His buddies used to hang out at his house…dad called them “wild parties” because people were always coming and going and having a good time.

When my parents were out of town, he would come to the drug store where I used to work to see me. Sometimes we would go out on “real” dates like dinner or to the drive-in movie. He always respected me…the fact that I was innocent and pure. He said he was willing to wait until we were married to be that way with me…said it would be worth the wait.  Time spent with him was very limited because I feared what would happen if my dad ever found out.

He used to mail me love letters…lots of them…with a business return address on the envelope so that my parents wouldn’t know it was him.  I kept them all…long after I was married…tucked away in a box and hidden somewhere.  I remember the day that I burned them, finally deciding to move on emotionally…or so I thought.

I can still remember that chilly winter night many years ago…the sound of his car driving by as he headed home…but in a little while he left again.  Even as a young woman we know…this time he was driving her back to her home.

She was sixteen…a wild child…desperately searching for something…someone to love.  Her young life had already been marred by so much tragedy.  She began hanging out where my boyfriend and his friends used to be and nine months later a baby boy was born.

One more letter arrived in the mail along with a small package.  His words on the paper tried so hard to explain how things how happened the way they did…how now he had to do the “right” thing.  A few weeks later he married her and in the blink of an eye it seemed like her dreams came true and my world fell apart. The small package contained a jewelry box that played the Love Theme from Romeo and Juliet.  That day I died inside and I couldn’t stop thinking…if only.

I never hated him or blamed them much…in some weird way I understood.  The person that I really blamed was my dad for being so strict; for not trusting me and for not allowing me to have a relationship with someone that I loved. The truth of the matter was, I wasn’t available to be in a relationship with him and she was.

A couple of years later, I rebounded into a marriage of my own…someone that my dad “approved” of.  It was during this marriage that my binge eating spiraled out of control as I tried to numb the pain from my past and present relationships.  I didn’t realize what was going on with me at the time until I hit rock bottom and began recovery in Overeaters Anonymous.  It was like peeling an onion…the longer I abstained from binge eating, the more the painful feelings that I had buried deep down inside begin to surface.  What I discovered during that painful process is that I never really got closure to that first relationship.  His words on paper and that music box were not enough for me.  I needed validation of the love we once knew.  I needed to hear him say to me out loud as he looked me in the eyes that what we had was real and not just something that I dreamed up in my head.

I’m sharing this story with you to illustrate the connection between our struggles with food and unresolved pain that is sometimes buried deep down inside.  Once we allow excess food to become our default button, our comforter, our coping mechanism for dealing with pain and the stresses in life, it can and will take on a life of its own. Until our pain is identified and dealt with, many of us are will to continue to struggle and never achieve any lasting success in this area of our life. 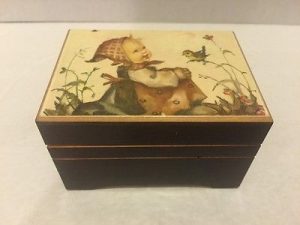 If you can relate to anything that I have expressed in this blog post, please feel free to share.

2 thoughts on “Maybe It’s Not What You’re Eating…”