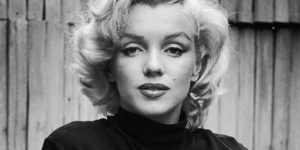 Every now and then I think about climbing down from the shelf and getting back in the dating game…but the truth is I really don’t know how or where to begin.  I used to be able to catch a guy’s eye, turn his head or enjoy an occasional catcall but now that I’m older I feel invisible sometimes when it comes to men.  I suspect the competition is still pretty tough out there. It seems like the number of available women continue to outnumber the men and the men my age (especially the successful ones) tend to go for much younger women.  This doesn’t bother me too much because I’ve always dated and preferred younger men myself…generally five to ten years my junior.  I strongly dislike the term “cougar” however and I have never considered myself to be one.  It has just been my experience that I can better relate to younger men.  I’ve tried dating older guys but unfortunately I never felt like I had that much in common with them.  I remember going out on a date with an attractive older gentleman when I was in my thirties.  I felt more like his daughter than his date; it was just too awkward for me! Recently I dated another older gentleman and tried to approach it with the mindset that I was “his younger woman” but it still didn’t work.  That’s too bad because he would have been a great catch!

Online dating…I’ve never been a fan although I do know one beautiful lady who found her “match” made in heaven on Match.com.  I tried eHarmony once but was totally turned off by the guys who shared too much personal information too soon.  Unfortunately they needed a counselor more than they needed a date with me!  I know that times have changed since I’ve been on the dating scene but this is an area where I’m not so willing to change.  Lucky for me I’ve never had to pay a membership fee to meet a nice guy or to get a date. The technological approach to dating and relationships scares me (swiping, texting, sexting) and I’d prefer to keep those two areas of my life separate.  If a guy’s going to see me naked, it’s not going to be on his phone!  I’m too traditional and old school for that approach but I’m not knocking others who do have success or find value in it.

So I’ve been wondering lately what qualities (beneath the surface level) do men find attractive in women today.  How can I adjust my thinking to become more open minded regarding potential mates?  What do I need to improve within myself to become more attractive to the opposite sex; in other words to become “simply irresistible”?

I decided to do what I always do…a little research to find some answers.  I did something else too…in an indirect way.  I asked an acquaintance of mine his thoughts on the matter and of course he picked up on what I was hinting at right away.  His response to me was “yeah Ms. B, you’ve still got it”. That response was enough encouragement for me!  It felt like that moment in The Wizard of Oz when Dorothy discovered that the power she needed to get back home (in this case back in the game) had been with her all along; she just didn’t realize it. 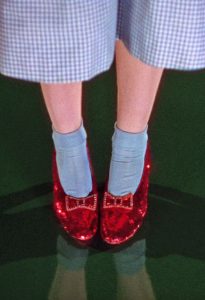 So here are some deeper, more meaningful things (beyond butts and boobs) that make us “simply irresistible” to men.