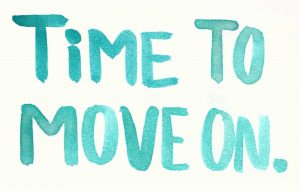 Breathe in.  Breathe out.  Move on.

It’s time for our nation to do as Jimmy Buffett says…accept the outcome of this election, breathe in, breathe out and move on again with our lives.  I don’t know about you but my life didn’t look much different on November 9th than it did on November 8th.  Yes, I felt queasy in my stomach the next morning after hearing the results and no, I did not stay up late the night before watching them on TV. The votes had been cast; the people had spoken and it was too late to turn back the hands of time.  I contemplated calling out sick that day because I wasn’t up to the challenge.  I was tired of the rhetoric, the candidate and incumbent bashing, the subtle coercion to vote; even to vote a certain way.  We all have our personal thoughts and feelings about the candidates and the election and there are issues that are more important to some of us than they are to others.  Here are a few of mine…

As a former minority (woman) small business owner who received absolutely no tax advantages from the government for the privilege of doing so, I’m in favor of funding and tax incentives that will benefit small businesses and start ups.  I once heard in a seminar that getting money from the SBA (Small Business Administration) for a start up is like crawling through glass then scaling a razor wire fence only to be told no.   I also learned that the SBA’s definition of a “small” business doesn’t come anywhere close to what a small business actually is…small!  For the sake of my dream, I “bootstrapped” my coffee shop with money from my 401k and private lenders at a very high cost to me in the end but it was worth it.  I always conducted my business affairs honestly, but how do you think I will feel now every time I stroke a check to the IRS for back taxes knowing that our newly elected president doesn’t have to pay his or even show proof that he even filed them?

I have enjoyed the perks and privileges of working in “big business” but that doesn’t mean that I want our country run like a business with no regard for its people or our core values.  I know what it’s like to work twice as hard as a man but to get paid half as much and to be discriminated against in the job market because of age and education, so women’s rights are important to me also.  I would love to see a woman president but I’m not so sure that I wanted Hillary Clinton to be our first.

Obamacare, healthcare…I’m so sick of hearing people blame the incumbent president for this so called “fiasco” and our healthcare crises.  I have been uninsured for several years now, partially due to self employment but primarily because when I finally did get a job during the tough economy that offered health care benefits, I couldn’t afford the premium at the rate of pay that I was given.  I couldn’t afford Obamacare either!  I too was penalized at tax time for not having insurance but I’ve remained grateful to have a job while many others didn’t and I’ve been blessed with reasonably good health.  Remember the good old days when most employers valued their employees enough to provide this coverage for them as a benefit?

And last but not least, I have a gay son and his rights as a human being, a citizen of the United States and a taxpayer are important to me.

You know, sometimes life isn’t fair; just ask anyone and they can tell you their sad stories. We as a people won’t always get our way so we need to stop whining, hating and protesting and just be grateful for the things that we do have in our lives that matter and that are good.

And lastly but certainly not least, my faith reassures me that God is still in control.  He sees all…knows all…and still loves us all…so maybe it’s time for us to just breathe in, breathe out and move on. 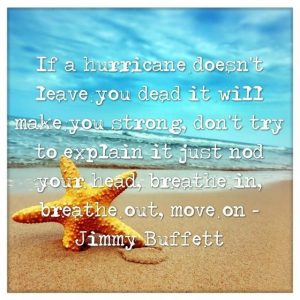