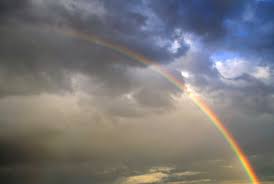 In the throes of our grief we can’t always recognize and appreciate the upside of a funeral; but there is one…several actually.

A couple of weeks ago I wrote a blog post about empathy and I mentioned that my stepdad was “slipping away”.  What I really meant by that was he was dying.  I couldn’t bring myself to say the words out loud or to write them on paper because it seemed like defeated thinking and a faith failure on my part.  I never gave up hope that he could and would get better since there was no confirmed medical diagnosis for his condition.  Unfortunately my stepdad did pass away and his funeral was last week.

Now for the upside…

Funerals remind me of homecomings and family reunions because we get to spend time with family, friends and acquaintances that we haven’t seen in years; some having traveled great distances to be there just to pay their respects to the family.  We laugh in spite of our sorrow because our attention is temporarily focused elsewhere. We get to reminisce about the good old days; to share our stories and fond memories of how our loved one lived their life and how they impacted ours.  We get to comfort and encourage one another with hugs and kind words.  We get to sample all kinds of delicious homemade foods that have been lovingly prepared by others to ease the burden on the family during this difficult time.  We have the opportunity to give and receive beautiful flowers that honor our loved ones and celebrate life.  Others benefit when we make charitable donations in our loved one’s memory because the gift keeps on giving.  We get to express and receive heartfelt condolences in the form of beautiful keepsake sympathy cards.

The day of my stepdad’s funeral was a sad day because it’s always difficult to say goodbye to the ones we love.  Our family found peace in knowing that my stepdad was no longer suffering; that he was with his heavenly father and reunited with those he loved who had gone on before him.  During the service we were invited to share our thoughts and feelings but only a hand full of people spoke up.  I wasn’t one of them but I would like to share a little something about my stepdad now.  He was a good man who would do anything he could to help others.  He provided a good life for my mom which more than made up for the heartache she felt while married to my biological dad.  My stepdad used to sing in a gospel group and was active in his church but for some reason later he drifted away.  He still enjoyed making music with a few of his friends on Thursday nights where a small audience of faithful neighbors would always come out to listen.  My stepdad retired from Frito Lay where he was a route salesman so there was never a shortage of good snacks on hand; in fact one of his grandchildren called him “PaPa Chips”.  Mom used to help him with his route on Saturdays so that they could spend time together on Sunday.  He was a hard worker with a strong work ethic that made a positive impression on others.  My stepdad loved shopping at Kmart…that is until Walmart came along.  We used to ask him where he bought something and he’d proudly say “Kmart sho’nuff”!  My stepdad made the best mashed potatoes we’ve ever eaten and his coleslaw was pretty good too.  He used to enjoy gardening but he was a little heavy handed with the Miracle Grow and the veggies would grow so large that we were afraid to eat them.  He had two Jack Russell terriers, Polly (who is in doggy heaven) and Fancy.  He loved them both like children.

As the funeral procession made its way to the gravesite, a total stranger got out of his car and saluted as we passed by.  That kind, unexpected gesture really made an impression on our family.  My stepdad was laid to rest in a beautiful cemetery where I used to take my children when they were young to feed the ducks.  Some of my favorite people are buried there …some by the duck pond, some under the oak tree and now my stepdad near the big white cross surrounded by a white picket fence.  Earlier in the week while selecting flowers, I asked my mom what my stepdad’s favorite flowers were and she said “buttercups”.  Well “Mertie”, here’s your buttercups and I’ll see you on the other side…. 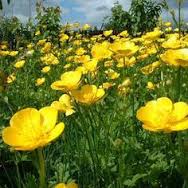 4 thoughts on “The Upside of Funerals…”