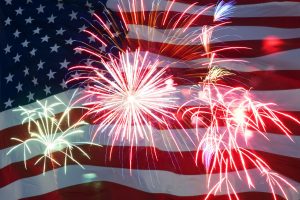 It’s always great to celebrate our freedom and independence especially over the 4th of July.  I have to admit however, that this 4th of July I felt a little maudlin while scrolling through all of the Facebook pictures of families and friends hanging out and having fun together.  I worked both Saturday and Sunday and by the time Monday rolled around, it felt like the holiday was over before I even had the opportunity to begin.  The Facebook pictures reminded me of growing up on the James River, the good times we used to have at Lake Gaston with my in-laws and friends and all of the gatherings that we used to host at our home when I was married.  Sometimes being “independent and free” (single) can be a little lonely over the holidays.  It wasn’t for lack of invites that I was “blue”; I think I was really missing my family and doing some of the fun things with them that others were doing.  Geographically we are pretty spread out, a couple of my family members were recovering from surgeries and the others had made their own plans.  My one redeeming factor was that my best friend and her family were in town for the weekend and I was able to spend some much needed time with them.  There was a reunion/pig roast Saturday night sponsored by the “rivah rats” (old friends from the past and new families that I haven’t met before) but attending would have involved a lot of driving that night after a long day at work.  I also had the opportunity to watch a boat parade, fireworks and to enjoy a cook out at the waterfront home of one of our owners.  That could have been fun also but since I’m with my coworkers so much of the time already, I opted out.

God has blessed me with a lot of contentment in my single life but every now and then I think about being a part of a couple again.  It’s been a while since I’ve been in a relationship and sometimes I think it would be nice to have someone special to spend time with; someone other than me, myself and I.  It would have been nice to have someone to watch the fireworks or to sit around the bonfire with.  I tend to be more aware of my “singleness” when I’m around other friends and family members who are partnered up, especially on special occasions like this.  I dated a guy a while back who was probably a great catch but he said my work schedule “was not conducive to having a relationship”.  I say “where there’s a will, there’s a way”…ha-ha!  He was handsome, retired, had plenty of money and was ready to go, go, go.  Oh well, such is the nature of working in the resort hospitality business!

Before you know it Labor Day will be here followed by another 4th of July.  Who knows what or whom the future may bring….in the meantime, I will continue to let my “freedom” ring!