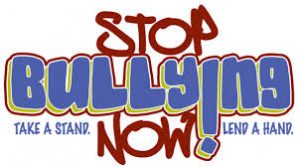 More and more frequently we hear on the news about a young person that was allegedly bullied taking his or her own life.  Bullying, teasing, taunting, picking on someone, whatever we choose to call it is not a new behavior…in fact it has been around for a very long time.  Bullying is an epidemic in our country today however and unfortunately the consequences are much more tragic than they used to be.

We probably remember that freckled face little kid, that overweight kid, that smelly kid, that kid with the glasses or that “poor” kid that we made fun of when we were in school.  I still recall an incident when I was probably 10-12 years old where I scared a little girl at a playground that I did not even know.  She was at the park alone that day sitting on the end of a seesaw.  I sat on the other end and wouldn’t let her down.  In a quivering, scared little voice she kept repeating “monkey, monkey let me down” but I held her up in the air until she almost cried. That day I was a bully.  I never intended to harm that child…I was just an older kid showing off for a friend.  I’ve never forgotten that little girl’s face and it makes me sad when I think of how scared she was that day.

We’ve all done it…deliberately excluded someone from “our little group”, gossiped about them behind their back or made them feel uncomfortable for being different.  Unfortunately many of us have been victims of bullying our own selves.  Bullying seems to have evolved in severity over the years. I don’t ever recall children ganging up on and seriously injuring or killing another child in bullying situations.  Child suicide as a result of bullying used to be unheard of…of course we didn’t have the technology back then that we do now so we weren’t as aware. The sad thing about bullying today is, adults do it too and we are setting a bad example for our children when we do.

I just happened to catch the Ellen show yesterday and noticed that she was wearing a jacket with the word “Kindness” embroidered across the back.  She also closes her show daily by encouraging us to “be kind to one another”.  Ellen actually received an award again this year for being kind.  She feels it odd that someone would be rewarded just for doing what we as humans are supposed to do…be kind.  It’s really not that hard if we think about it…it just takes practice and sometimes a lot of patience.

I’ve discovered that people act the way they do for a reason…sometimes things happened to them along the way that changed who they are.  I once worked with a woman who was a “temp” receptionist at our office.  Many of us thought it odd that she always showed up for work early and stayed late because her job didn’t require that.  We later found out that she had committed suicide, was homeless and had been living in her car all along.  We can all be ambassadors of kindness in our own little worlds…we don’t have to be rich and famous like Ellen.  Awareness and willingness is the key.

Below are some risk factors of people (including children) who are more likely to be bullied:

Below is Ellen’s People’s Choice Award acceptance speech if you’re interested. She really says it all a whole lot better than I can.