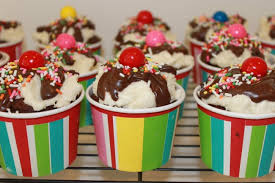 I decided to write about this subject because once again I have succumbed to my “drug” of choice which is refined sugar.  Overeaters Anonymous has a saying “we are as sick as our secrets” therefore I need to be honest and open about what’s going on with me.  I had been abstinent from refined sugar for the past couple of years up until a month ago when I deliberately allowed myself to have something that I shouldn’t have eaten.  There have been several more episodes since then and I don’t want to continue to fall deeper and deeper into that painful abyss of addictive behavior.

Here is my “sweet” little story….

“Hi, my name is Sandy and I am a compulsive overeater.”  That is how I introduced myself hundreds of times while sitting in 12-step recovery rooms for over a decade years ago.  My drug of choice was and still is food; especially refined sugar which is like crack cocaine to me.  I’ve never done crack cocaine or any other drugs for that matter, but I use that analogy because sugar and cocaine are both white in color, they’re both highly addictive and they’re both extremely harmful to your health.  I have never been able to relate to anyone that says a dessert is “too sweet”.  I can’t comprehend that. What does that even mean?  When I consume the kind of refined sugar that is found in cakes, cookies, ice cream, pies, etc., I experience a momentary feeling of euphoria.  One bite triggers something inside of me that sets off a craving for more and more and more.  As I learned in those 12-step rooms, “one bite is too many and 1,000 is not enough”.  The only way that I can manage this “cunning, baffling and powerful” substance is by totally abstaining.  I have an addictive personality.  Addiction is in my genes, it’s in my DNA; it’s how I am wired.  Food was and sometimes still is my source of comfort; my “go to” when I can’t handle the stresses of everyday life.  I became aware of this tendency at a pretty young age.  I guess I subconsciously chose food because it was readily available and because I could still function while under the influence of it unlike alcohol and drugs.  But like any other addictive substance, sugar and excess food in general wields a double edged sword.  Sugar makes me lethargic, it affects my mood, it causes me to gain weight and it makes me feel like a failure because I can’t control it the way other people can.  Sugar has no nutritional value whatsoever but unfortunately most of our foods are laced with it.

Overeaters Anonymous is a physical, emotional and spiritual recovery program based on the 12-steps of Alcoholics Anonymous.  Because of my commitment to that program and by God’s grace, I was able to abstain from refined sugar and binge eating for over eight years.  Unfortunately that hard earned success came to an abrupt halt during my child’s 16th birthday party where I was the chaperone.  The party was a big hit, it was getting late and the kids were still outside celebrating and having fun around the bonfire.  I was tired and ready for bed when I happened to notice that no one had touched the birthday cake.  There it sat on the kitchen table with all of those pretty frosting roses made of nothing but confectioners’ sugar, food coloring and shortening.  It was at that moment that the thought crossed my mind that maybe I could handle just one piece; maybe I wasn’t addicted to sugar after all since I had gone so long without it.  Boy was I wrong!  One bite in and it was like waking a sleeping lion that began to roar.  My addiction to sugar had been lying in wait for all of those years.  Since that night I haven’t been able to achieve that many years of back to back clean sugar abstinence.  As those of you who read my blogs know, I am a faith filled person but sometimes trusting God doesn’t come easy for me either.  If He doesn’t respond to me as quickly as I’d like or if He doesn’t change my circumstances or fix my problems the way I think He should, I become frustrated and discouraged and that’s when I tend to get into trouble with  food.  But what I do know is that excessive eating and binging on unhealthy foods doesn’t solve anything.  OA has another saying “when you eat over a problem, then you have two problems.”  Amen to that. 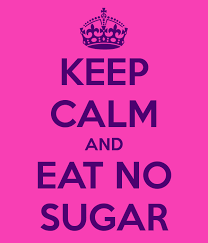 So can any of you relate to what I have just written?  If so, I would love to hear your feedback.  If you don’t wish to comment publicly, you can shoot me a private message via e-mail on the home page of my site.  If you would like to check out Overeaters Anonymous, here is their link.