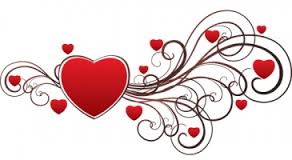 You may recognize the title of this blog as being one of the promises from the “traditional” wedding vows.  It is, but sometimes things don’t always work out the way they’re supposed to.  Things were a lot different back when I got married.  Growing up in an alcoholic home, I didn’t have a clue at seventeen years old what a “healthy” relationship looked like much less how to go about finding one.  According to my mom, a “good” man was one who had a steady job and didn’t beat you.  Well considering that I guess I got pretty lucky!  I didn’t date a lot before I got married mostly because my dad was very strict and he practically forbade it.  In fact I actually had a curfew right up until my wedding night and I was nineteen years old.

I married my date to the Senior Prom (he wasn’t exactly my high school sweetheart) and we fussed and fought all the way to the altar.  One rather humorous incident still comes to mind.  Like most teenagers, I was a bit insecure and immature back then and I used to frequently say or do things to try to get a reaction out of him.  Once while we were engaged, we had a really big fight and I gave him back my diamond ring.  I wasn’t really intending to break up with him and I can’t even remember now what we were arguing about.  Imagine my surprise when he took the ring and threw it as hard as he could into the wooded lot across the street from his house.  Needless to say I was shocked and devastated!  That was certainly not the kind of reaction I was expecting or going for. There happened to be a man who lived down the street from us that did a lot of metal detecting.  After the initial shock of what had happened wore off, we reached out to him to see if he would help us find the ring.  He was in agreement and spent several evenings searching the field where at one point he was badly stung by yellow jackets.  Eventually he emerged however proudly displaying my ring between his two fingers.  The fact that he was able to find it was proof that our marriage was “meant to be”.  Little did we know that there was one more hurdle we had to jump before I could place the ring back on my finger.  My future mother-in-law (God rest her soul) was waiting on the sidelines where she promptly took the ring and said that we could have it back when we grew up and could accept the responsibility that came along with it.

It took a long time with the help of a counselor to figure out what was really going on in our marriage and in our relationship.  The truth of the matter was my former in-laws were the family that I never had and so desperately wanted and needed.  They seemed so “normal” compared to mine and I wanted to be a part of them. They thought a lot of me also and I didn’t have the courage to disappoint them by not moving forward with our relationship even when I knew it wasn’t working.  I recently saw a post on Facebook where a child asks “mommy, what is normal?”  To the child the mommy replies “normal is the setting on the dryer”.  Today I finally realize that.  For thirteen years I kept thinking that things would change but we were two different people with different needs and expectations.  We couldn’t buy enough stuff, drink enough alcohol or eat enough food to distract us from our problems for very long or to numb our pain. Our fights never solved anything either and I was unwilling in the end to engage in any type of couple’s counseling.  We were at an impasse and the tension in our home had become unbearable.  I was done and so was he but he didn’t have the willingness to take the necessary steps needed to move forward so that we could get on with our separate lives.  I did and therefore I had to be the one to make the first move.

Our original wedding date was supposed to be Valentine’s Day where we planned to honeymoon in the Poconos in a heart shaped bathtub with champagne (pretty cheesy, huh)…. and then we broke up again! We finally said “I do” the following July.  As we were walking down the aisle as husband and wife, I heard him say softly and half jokingly “oh no, what have I done!”

All things considered, there were some good times too in spite of the bad but the most important thing that came out of our marriage was our two beautiful children and for that it was worth it! 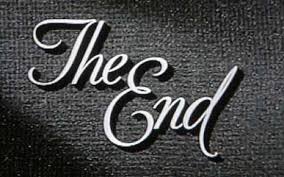 2 thoughts on ““Until Death Do Us Part””