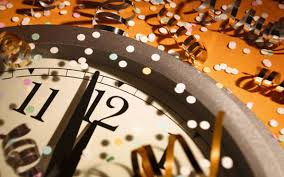 Tomorrow night we will celebrate (or maybe not) the arrival of a brand new year.  Are you ready for 2016 and all the possibilities that a brand New Year holds?  How will you celebrate?  Personally I’ve always felt that New Year’s Eve celebrations were a bit overrated.  I used to enjoy the occasional hotel package deal where you could dress up in your glitzy clothes, dance the night away to live music and not have to worry about drinking and driving home.  The countdown, party hats and noise makers were always a lot of fun too and then there was “the kiss” at the stroke of midnight.  According to an article in The Huffington Post, “Whether you ring in the New Year by watching the Times Square ball drop from your living room TV or toasting champagne at an upscale nightclub, tradition makes a case for celebrating the New Year with people you enjoy. According to English and German folklore, the first person you encounter in a new year — and the nature of this encounter — sets the tone for the rest of the year. A kiss is about strengthening ties you wish to maintain in the future. If a couple celebrating together doesn’t take the time to lock lips, it doesn’t bode well for the relationship.”  What a romantic tradition! 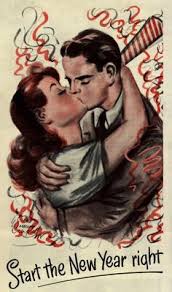 Now about those resolutions…

I must have felt pretty ambitious in 2013 because I made an Excel spreadsheet of 39 goals for the New Year.  I even took things one step further and made an “accountability” column to track my progress.  Wow, I was really serious!  There were three things on that list that I feel like I made considerable progress at.  Being the sugar addict that I am, I was finally able to part ways with gelato and my two pals Ben & Jerry.  Back then it was not unusual for me to indulge in these heavenly confections several times per week.  I eventually logged 10,000+ steps per day on my Fitbit, but I’ve started slacking in this area lately and I need to recommit.  I have definitely become more social network savvy and that was a goal too.  One thing on the list that I decided wasn’t that important to me after all was reading “Fifty Shades of Grey”.  Since everyone else was talking about it, I didn’t need to waste my time reading the books.  Yep, I donated all three to Goodwill.  There was also a certain man’s name on my list that year (yes readers, it is perfectly ok to make a relationship with someone special your goal).  Maybe I’ll blog about “him” sometime in the future.

By 2014 my list of resolutions had dropped to 7.  That was a tough year for me in that I struggled with depression, discouragement and anxiety a lot.  Probably the most important thing that I accomplished that year was getting up off of the sofa and watching less TV.

Finally in 2015 I’m feeling pretty optimistic again with 23 resolutions for the New Year.  As I look back over this past year, I am proud to say that I have accomplished a few more.  I have continued to get outside of my comfort zone, my relationship with one of my children has consistently improved, my technology skills have increased and I was finally able to get my blog up and running.  Progress not perfection, right?

Here is a sneak preview of some of the things on my 2016 list:

So how will I bring in the New Year this year?  I have always had the urge to go down to the ocean at midnight, sit in the sand and watch it come in over the water.  This may be the year that I do just that! 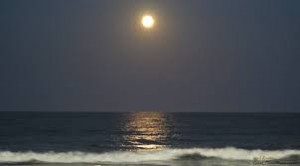 4 thoughts on “Another New Year Is Almost Here!!”