All I want for Christmas is a new boyfriend…

Well he wasn’t actually on my Christmas list, but Santa brought him anyway; at least that’s what I told everyone while I was dating him. 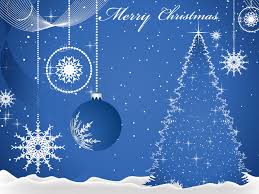 This blog is about a very special Christmas that happened years ago.  It all began with a mysterious Christmas card that arrived in the mail one day.  It was signed by a person whose first name I didn’t recognize.  His handwritten message said “I hope you and your family have a Merry Christmas”.  The part of the message that really caught my eye was the fact that he acknowledged that we were a family; that I was not just a single lady he was sending a card to.  My dating experience in the past had suggested that most single guys were not interested in “package” deals; at least when it came to long term commitments.  Finally, here was a guy that I had never met before who acknowledged that there were three of us.  I eagerly began my detective work to find out who he was.  Since I was familiar with his last name, I knew someone I could call.  My source revealed that he lived close by, was a very nice young man, ambitious with a college degree, divorced with no children.  I was intrigued by the intel to say the least. 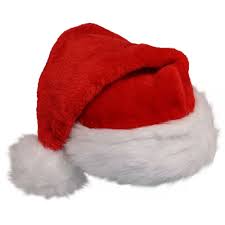 Before I move on and at the risk of sounding like a dating “expert”,  I’d like to take a moment and share a little something with the single ladies that are reading this.

I dated a lot of guys after my divorce; great guys in my opinion and I’ve never been a woman scorned or a “hater” of the opposite sex.  While I’m not a relationship expert, here is what I learned from this particular secret admirer and from others that I dated.  The thing that attracted them to me the most was I caught their eye as I was going about the business of living my life.  They noticed me working, taking care of my children and doing things around my home; they saw me active in my church and community, being neighborly and spending time with friends.  I’ve never been on “the hunt” for a guy;  I’m pretty content on my own and the worthwhile guys that I dated generally found me first or we found each other through mutual friends or shared interests.  For me personally, dating is a lot more fun that way.  I’m still a bit old fashion in that I enjoy being pursued and romanced.  I’m also not willing to settle for less than I deserve.  Mr. Christmas card later told me that when he first noticed me at the convenience store, I had a “glow” about me and he appreciated the stylish way that I dressed.  This piqued his interest enough that he was willing to put forth the effort to find out who I was and to get to know me.  I really liked that about him and about me too.

Now to continue the story….needless to say, I couldn’t wait until the next day to tell my coworkers about the Christmas card that I had received.  It was our last day at work before the holiday break and they eagerly offered suggestions as to how I should respond.  We finally decided that I would drop some of the office cookies by his house on my way home and introduce myself.  I can still remember how nervous I felt as I stood on his front porch that night.  I rang the doorbell but it didn’t appear that anyone was home.  I had written a note just in case he wasn’t there.  All it said was “Thank you for the Christmas card.  I hope you enjoy the cookies and I look forward to meeting you in person someday”.  I placed the note on top of the cookies and left.

The next day was Christmas Eve and I had invited family over to celebrate. It was almost time for them to arrive when I heard a knock on the side door.  I answered it and there he stood…Mr. Christmas card with his big brown eyes and warm smile.  We “formally” introduced ourselves and chatted for a few minutes as my family began to arrive.  I invited him to join us but he already had plans for the evening.  Before he left however, he invited me to accompany him to visit friends on Christmas Day if I was available.  He promised to pick me up in his shiny red corvette.  He was driving a pickup truck that night so I couldn’t actually see the car. Since the children would be with their dad and I didn’t have plans, I accepted his offer.  We hit it off right away and he was very comfortable to be around.  At one point as we were speeding down a country road in the little red corvette, he looked over at me and said “I bet you have 100 boyfriends” to which I replied “No, there’s only 99”.  He laughed and asked if I had plans for New Year’s Eve.  I already liked him a lot so I gladly accepted his second invitation.

Our New Year’s Eve celebration consisted of a dance at a country lodge with a lot of his friends that I didn’t know except for the ones that I had met on Christmas day.  All through the night we had a great time laughing, dancing, drinking and making merry.  It was close to midnight when I excused myself to go to the ladies room which was located in the basement of the lodge. When I returned to the party a short time later I could sense that something was going on.  The room was oddly quiet and all of the guests were either standing still or seated at their tables.  As my foot hit the top of the stairs, the DJ started playing the song below.  Mr. Christmas Card walked towards me, took my hand and led me to the center of the dance floor.  As we slow danced, he looked me in the eyes and softly sang along to the words of this song.  Apparently he had staged the whole thing and of course the crowd went wild when his plan went off without a hitch.  Needless to say, he set the bar pretty high that night and being the hopeless romantic that I am, I fell hard and fast for that guy.  Yes, Santa brought me a boyfriend for Christmas that year and everything about it was wonderful and magical.

Has Santa ever brought you a gift that you weren’t expecting?  If so, please feel free to share.