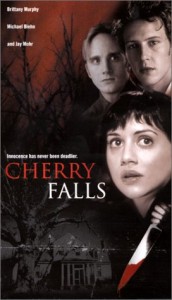 It was the late 90s and another hectic day at the office followed by a long commute.  As I parked my car in the old dirt driveway, I noticed a folded piece of paper tucked in the side storm door. The scrawled note was from a movie director expressing interest in filming a scene at our home. The note said to call him immediately for details.  My first reaction was over the moon excitement.  Wow!  We had made it to the big time. We had been discovered.  We were going to be in pictures!  Well not  “us” exactly but our little house in the cornfield…the one I wrote about in “The Little Cornfield Girl” https://www.lifesimpleperspective.com/2015/07/19/the-little-cornfield-girl/.

Ooh, just saying that makes me think of another scary movie called “Children of the Corn” by Stephen King.  Our house was surrounded by woods (a lot of which have been cleared in this photo) and cornfields.  It set a good distance back off of the road…only one way in and one way out.  Come to think of it…it was the “perfect” spot for a scene in a horror movie! 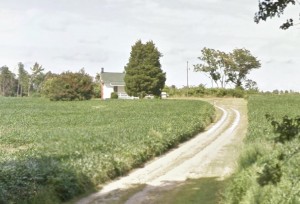 I returned the director’s call as quickly as possible anxious to hear what he had to say.  Filming was scheduled to begin at my location in a couple of weeks.  It would last approximately four days and during that time my children and I would need to relocate.  The production company offered $1000 per day to cover our expenses and we could keep any of the sets and props that were used during filming.  They also promised to do their best to maintain the integrity of the property but there were no guarantees.  In addition they would repair any personal possessions that were damaged or broken during filming.

Our single family household could really use that kind of extra money…it felt like winning the lottery!  I had a tough decision to make and I had to make it fast.

My focus shifts to a small town in West Virginia where a psychotic murderer is killing off the virgins of a local high school.  To remove themselves as targets, the students decide to have an orgy appropriately named “The Pop Your Cherry Ball”.  The killer turns out to be the high school English teacher dressed up as a woman wearing a black wig.  He is the product of a gang rape many years prior of a woman named Lora Lee Sherman.  Lora Lee was a high school loner who claimed that four popular boys raped her one night.  Her cries fell on deaf ears so she moved from the city to the outskirts where she turned abusive psycho and was rarely seen or heard from again.  Her son, the English teacher, has since returned to avenge her.

After giving the opportunity some very serious thought, I reluctantly turned them down.  Yes, $4,000 was an enormous amount of “free” money to me…especially back then…but there were several reasons why I felt I needed to decline.  The primary reason was I was not the property owner and my landlord just happened to live right next door to me. There was no way that I could pull anything of that magnitude off without him knowing about it.  The little house was a renovated civil war home and I couldn’t risk incurring damage to the property that I would ultimately be held responsible for.  I considered discussing the proposition with my landlord, but selfishly I didn’t want to risk him saying “yes” and then taking all of the money for himself with little concession for us.  My final reason for declining was based on the movie’s content.  I didn’t believe that I would be setting a good example as a parent of a middle school student if I supported a movie like that.

The film’s director ended up finding an abandoned old property not too far from ours.  The actual ball was filmed further down the road at a mansion called Whippernock Manor.  The manor was a grand old place in its day but was very scary at the time of filming because it had been vacant for a while and was in serious disrepair.  One of the best and scariest times we ever had was sneaking inside early one morning to check it out.  It felt like a real live haunted house and we were terrified the entire time we were there that we were going to get caught.

Below is an image of the manor as well as a clip from the movie that I found on YouTube.  The opening scene of the film took place at the dam in Ferndale Park at the Dinwiddie/Chesterfield County, Virginia line.  And yes, the water coming over the dam turned into blood in the movie.   Other filming locations included Petersburg, Warrenton and Richmond, VA. 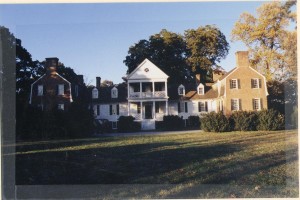 How about that for some real life scary stuff?

1 thought on “Cherry Falls -The Movie”