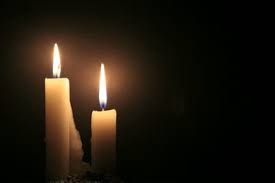 I am writing this blog this evening with a heavy heart.  It has been an extremely sad and emotional day, not only for me but for the family who lost a child last week to suicide.  This is the third person that I have known personally over the past couple of years who felt like their burdens were just too heavy to bear; that they couldn’t see any way out and so they took their own life.  They did not believe that there was a light at the end of the dark tunnel; they just couldn’t handle it anymore so they decided to check out.  There are many reasons why people commit suicide.  The underlying cause of most suicides is depression.  Depression can be caused by emotional pain such as feelings of rejection, confusion, frustration, loneliness, despair, fear, worry and anxiety.  People who suffer from depression lack a sense of purpose in their life; they’re suffering and living on the edge.  Another cause of suicide is unbearable physical pain caused by some accident or illness.  Some suicides are caused by vengeance or love pacts between couples.  There are those who commit suicide that are committed to causes such as suicide bombers. And finally there are suicides that are caused by mental illness.  The suicide statistics are pretty staggering.  More people commit suicide than are killed in automobile accidents.  Four males to every one female commits suicide and over half of them occur in men 25-65 years of age.  Suicide is the third cause of death between 15-24 year olds.  Suicide amongst the military is also on the rise.  Suicide is an event that says something about our society.  How could this be happening so frequently when we live in one of the richest, most well educated, progressive and technologically advanced countries in the world?  Suicide is not something new.  In biblical times, Judas betrayed Jesus and ultimately committed suicide as a result of it.  The consequences of suicide are devastating.  The person who commits suicide is affected because it shortens the life that God gave them.  The families and friends of suicide victims are devastated and left with feelings of guilt and many unanswered questions i.e. how did they miss it?  There is no time left to make things right when a person commits suicide; we can’t bring them back.

So how does God feel about suicide?  Can a person commit suicide and still go to heaven?  Suicide is a violation of the 6th Commandment that says “Thou Shalt Not Murder”.  It is murder to commit suicide.  It is not an unpardonable sin but it is a sin that has grave consequences.  It is not the will of God for us to usurp His power and commit suicide.  Those who do so will go through a period of judgment and there will be a loss of heavenly rewards as a result.

God allows pain in our lives in order to use us.  God wants us to stand firm and grounded in His word when we go through extreme times.  When a saved person commits suicide, he hurts the cause of God.  He destroys a testimony that could be used as a beacon of hope to other hurting people.  God knows all about our circumstances and He is committed to helping us through it.  When we ask God to come into our lives to help us, He meets us right where we are.  He will walk us through situations every step of the way if we will just let Him.

Always, always pay attention to those around you who may joke about committing suicide.  Even if someone mentions it once, they are to be taken seriously.  Never ignore someone who calls you and threatens suicide.  The statistics and several of the points that I made in this blog were taken from the following sermon by Dr. Charles Stanley.  Dr. Stanley is a favorite minister who I have learned a lot of Bible truth from over the years.  He is the Senior Pastor at First Baptist Church in Atlanta as well as the Founder and President of InTouch Ministries.